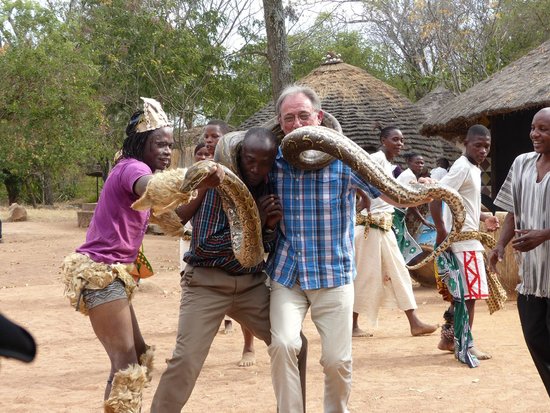 Sukuma Museum in Bujora village is an open-air museum where, among other things, you’ll see traditional Sukuma dwellings, the grass house of a traditional healer, blacksmith’s tools and a rotating cylinder illustrating different Sukuma words for counting from one to 10. In the past these were used by various age-based groups as a secret language of initiation. Each group used its own words among its members and these could not be understood by others.

Also on the grounds is the Royal Drum Pavilion, built in the shape of a king’s stool, holding a collection of royal drums that are still played on church feast days, official government visits and other special events.

The Round Church was built here in 1958 by David Fumbuka Clement, the Québecois missionary priest who founded the museum. It has many traditional Sukuma stylings. English-speaking guides are available.

On request, the museum can organise on-the-spot performances of traditional drumming and dancing for Tsh80,000 (for up to nine people) per performance.

Sunday opening times change depending on when mass finishes. The museum is 18km east of Mwanza.